In New York I came to understand the scope of comics and graphic novels… and that it was not just about superheroes. Jeremy: Like many comics types, I started at school, passing around sarcastic one-panel cartoons drawn in my ancient history workbook during class. When I went up to Oxford in , I found the Comic Book club there founded by Jenni Scott and spent the next few years in a dizzy whirl of study by day and comics by night. These were exciting years for the small press; desk top publishing, scanners and printers becoming consumer items and then the internet, like a finally-delivered promise.

My comics were typically short-run mini-comics. Later I moved onto the internet, publishing my first comics online in Ellen: I got interested in making comics while in secondary school, and after a few false starts actually succeeded in making some at university.

My comics ambitions developed further when I went to France as a student — all of a sudden I was in a place where public libraries, bookshops, any place where printed media was sold pushed comics. Cartoonists were like rock stars there, cool guys and girls making wonderful stories on paper.

But I stuck with it. At every stage I got little crumbs of encouragement that I took to heart, and they gave me the courage to continue. Lisa: The earliest comic I remember making was at age 9. 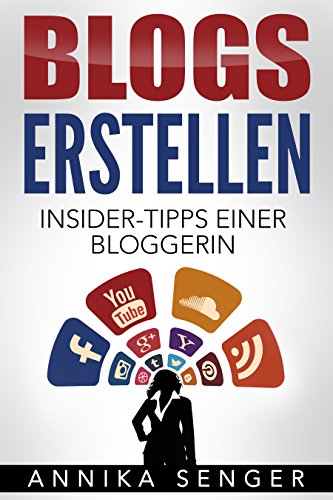 I drew a comic about a superhero named Super Chicken who fights the evil Colonel Sanders and wins. I have loved to draw as long as I can remember, in high school I got into writing, and though I had read comics my whole life I started to read a whole lot more in college.

Although I was enjoying the art classes I was taking in college, comics inspired me much more. It seemed like the ideal way for me to draw in the style I wanted, and to tell the stories I wanted to tell. That gave me a clear path to getting my work out there. I started drawing comics and self-publishing them through the Independent Publishing Resource Center, a non-profit workspace that has photocopiers, supplies, a letterpress, computers…plenty of tools to help you make something.

I brought them to stores like Reading Frenzy and Powells, and sold them at shows like Stumptown Comics Fest and the Portland Zine Symposium, eventually travelling to farther-away comics shows in other cities. I met a lot more cartoonists at these shows, at gallery openings, and at drawing nights, and we exchanged work with each other.


Through the cartoonists and small-press folks I met I got some of my first opportunities to be published by others, and to do some readings and presentations of my work. As for my work, I got started with autobio. He is the central character in my story for The Strumpet. What techniques and materials do you typically work with when creating your comics? I usually start with character studies, thumbnailing, and sketching in my hard-bound sketchbook with any old pencil. I draw my final pages on Vellum Bristol board with an HB or 2B pencil, and most recently have been inking with Rapidograph pens.

Sometimes I use a wash with watered-down black Higgins Eternal Ink. Patrice: The same ones I use when creating anything, a mixture. I once made a one-page comic entirely by etching on copper, doing all the lettering in reverse. G nibs are Japanese nibs — kind of big and stiff — that a lot of manga artists use. Mardou: Notebooks and pencils for writing, Bristol board, pencils and micron pens to draw with.

I usually draw a rough version of my comic and then light-box it onto paper. This story was pretty loose and fast though. I used some old fashioned Zip-a-tone on this story. Old, vintage Zip-a-Tone that had lost its gumminess. Never again….

eLearning Bloggers' Masterclass - Finding your voice for your blog through writing

Jeremy: While I love my computer and my graphics tablet, especially for the screaming brights I favour for colour work, my first love is drawing — in dip pen, rollerball, technical pencil or crayon on lovely paper. Tanya: Pencils, tracing paper, pens, ink, now a lightbox, which has changed everything…! I spend most time on the story and then doodle possible characters…. Ellen: I use pencils to start H-3H , and I make a lot of rough drawings inspired by my script. From there I start drawing on big sheets of Bristol board with hard pencils, tightening and refining and lettering.

I use a mechanical pencil to finalise the pencil drawings, and then start inking with a combination of small brushes, technical pens and Deleter dip-pens. Then I scan it all into Photoshop and use a Wacom pen tablet to make changes. I add colour and texture, and the comic is ready to go! Kripa: Initially I used to hand draw the outlines and then scan them into the computer to colour… however, these days I work from start to finish on the computer using Photoshop and my Wacom Tablet.

What drew you to being involved in a collective project like this rather than solely focussing on your own solo work? Mardou: Drunken bonding, initially! It also seemed like a great opportunity to get my work seen by others who had maybe not read my comics before. Megan: Ellen is an old friend, and she has supported me and contributed to my projects in the past, so it felt natural to contribute to hers. Is working and collaborating on others projects something that you enjoy? As the illustrators are more detached from the words I feel the work they produce can sometimes give a fresher perspective on ideas which may have been stewing… It makes the whole process more unpredictable and fun, I find.

The difference, I think, with Whores of Mensa and now The Strumpet is that it never felt wholly owned or influenced by just one individual, more like a collaborative effort, different voices, styles and attitudes working together to create something that was more than just one note, one narrative. Kripa: I have always being a part of anthologies and collective projects. I think it is nice when a lot of people are working on a single theme or idea.

Making comics can be a lonely pursuit… so it is good to be able to connect with other people. Plus, collective projects are also a challenge… the theme or topic might not have been something I would have thought of myself… so it forces me to think outside the box. I sent Mardou a fan letter and she was kind enough to reply with an invitation to get involved. This was one of the things that saved my sanity during a very lonely time — becoming a part of the WoM crew gave me a very real sense of community. Doing stories with them has always been a lot of fun, and often a needed relief from longer projects like my graphic novel, Undertow.

I love doing comics but I also love seeing what other people are doing — seeing a comic grow from an idea to a final piece of art is a very cool process. Without giving away too much, what sort of work are you contributing to The Strumpet? Patrice: A short gag piece that nevertheless is trying to explore the subtleties of storytelling. And to the boys that frequent them. Lisa: A story that is super-goofy and over-the-top cartoon-y.

It features a little human-like monster who goes on an adventure with his three cats. At first I was going to do a semi-autobiographical story of teen angst and self-discovery, but then I decided to go the opposite route into silliness territory. I used to draw lots of animals wearing costumes dressed up as other animals, usually to make one of my good friends laugh. This was my main inspiration.

Ellen: I hope that my story is a funny anecdote about a wardrobe malfunction at my wedding! This story is a celebration of that. It is a bit different from other Miss Moti comics because it contains a written narrative, unlike the others, which are mostly wordless. I have tried to create a parody between the images and the words. In self-publishing your comics, how do you find the balance between pursuing your artistic goals and coping with actual cash-flow?

Where does Kickstarter come in to this, in the instance of The Strumpet? Ellen: Cash flow in independent comics is a hard-won thing.

Images and Videos tagged with #salespage on Instagram - Tiktogram

Lisa: Well, I think my answer about how I got started in comics speaks to this quite a bit. These communities have given me direction, they have provided me a place to have my work seen, and have been a great way for me to meet other cartoonists. Through my mini-comics and doing a tiny zine-fest in Exeter, I met the founders of Ladyfest Bristol.

It was an amazing, cultural experience for me and I found my friends and collaborators through that event. Ellen found us through doing the WoM comic, she wrote us a fan letter and we invited her in. Mini-comics have changed my world, really!